Many, many years ago… hundreds of years before the dawn of history… a struggling young author, fed up with his undeniably brilliant short stories being rejected by all the fancy gatekeepering magazines, and inspired by the punk rock fanzines of the day, set out to change the literary landscape by publishing a magazine of his own. It turned out to be a great thing for this young writer, especially when he realized, almost immediately, exactly how many other writers, young and old, were out there sending their short stories and poems into an uncaring universe in the hopes of anything resembling publication. He also started to learn how to be an editor, and started to learn (the hard way) the unforgiving landscape of the publishing industry.

Oh, okay, you got me… that young writer was me, the year was 1986, and the magazine was Alternative fiction & poetry, which lived for five issues (the last was the combined numbers five and six), before I just couldn’t keep paying for it. Still, it launched me into a career in publishing that’s gone through some ups and downs, but hasn’t come to a full stop since.

One of the things I struggled with then was the fact that I received in the daily mail literally hundreds of short story and poetry submissions a month, and literally ones of subscriptions a year. The magazine might have had a circulation of about 700 at its peak.

Some of the reason it didn’t really take off was that I didn’t really know how to make it take off. There was also a surprisingly crowded field back then—the height of “zine” culture—which was super exciting, but there’s nothing like an infinitesimally small marketplace that’s also over saturated to really blow your finances to smithereens.

Fast forward what feels like seven or eight million years and I made a decision to restart my own writing career at the very beginning, and instead of writing an epic fantasy novel, or whatever might have been expected of me having just been ejected form the Forgotten Realms, I wanted to reexperience writing just for the joy of it, and allow myself to make a living as an editor, a ghostwriter, and the other things I do all day via Athans & Associates.

So here we are, a few years into that plan and I have managed to get the occasional poem and short story published and out there. I’m feeling it again… and I’m also remembering that feeling of everyone wanting me to publish their stuff but no one wanting to actually, y’know, buy the magazine it’s in. So I started subscribing, mostly at random, to a range of literary magazines, and I’m loving it enough to want to encourage everyone to at least give a few of them a try. 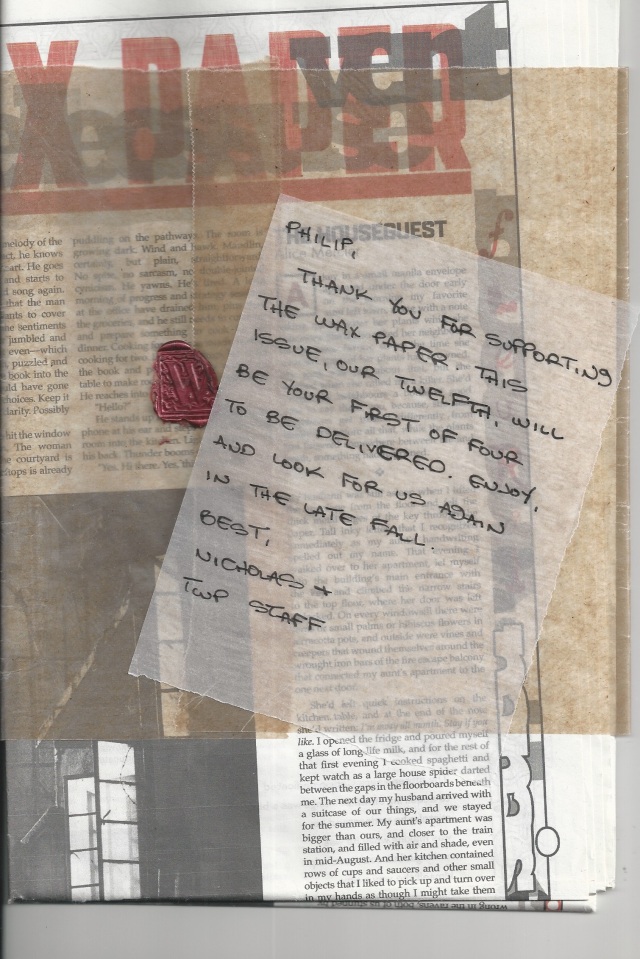 It started with realizing that I kept going back to The Paris Review’s online archives and I thought, I should just subscribe to this. Then they started running a holiday promotion. It wasn’t that expensive, so I subscribed. I was just overwhelmed with joy when my first issue showed up in the mail and I read every word, cover to cover. Then the same with the next issue, and I’m currently working through the third.

I realized then that I could really get into this whole subscribing to literary magazines thing so I added it to my random behavior prompts, so maybe once or twice a month my computer tells ne:

Now I get presents in the mail every once in a while and I just love it.

Honestly, when was the last time you read a print magazine—especially one with fiction in it, much less poetry? I’m frankly surprised there even are print magazines in 2022—but there are, and they can be, like The Paris Review or The Wax Paper, amazing physical artifacts, with amazing attention to detail, in some cases entirely unlike what we get from the book publishing world now.

Here are the magazines I subscribed to, in order. You can try these, or find one or a few of your own, but just please consider doing this—whatever your genre of choice. These magazines not only help you stay in touch with what’s happening now in your genre, or literature in general, but I assume we’re all readers here, and these little surprise gifts that show up in the mail… just love it!

Maybe not the oldest running literary magazine, but quite possibly the very best. Their interviews with authors are worth the price of admission, and with your subscription comes entry into their online archives, which are crazy good.

Fully reminiscent of the best of the old zines, The Wax Paper comes in the form of a newspaper, mailed wrapped in wax paper and sealed with a little wax seal—I kid you not. They even included a personal thank you note with the first issue. Dynamite.

Not One of Us

I subscribed to its sister magazine, Analog, for years, years ago, but decided to give Asimov’s a try this time. The fact that these SF digests are still publishing warms this aging fan’s heart.

This one looks most like a traditional magazine, what they used to call a “slick.” It’s smart, well curated, and worthy of attention.

More mainstream horror published by John Betancourt, who I’ve known for years now. This is sort of a magazine disguised as an anthology, but I get it, and you should too!

Will I renew all these?

Will I add more? 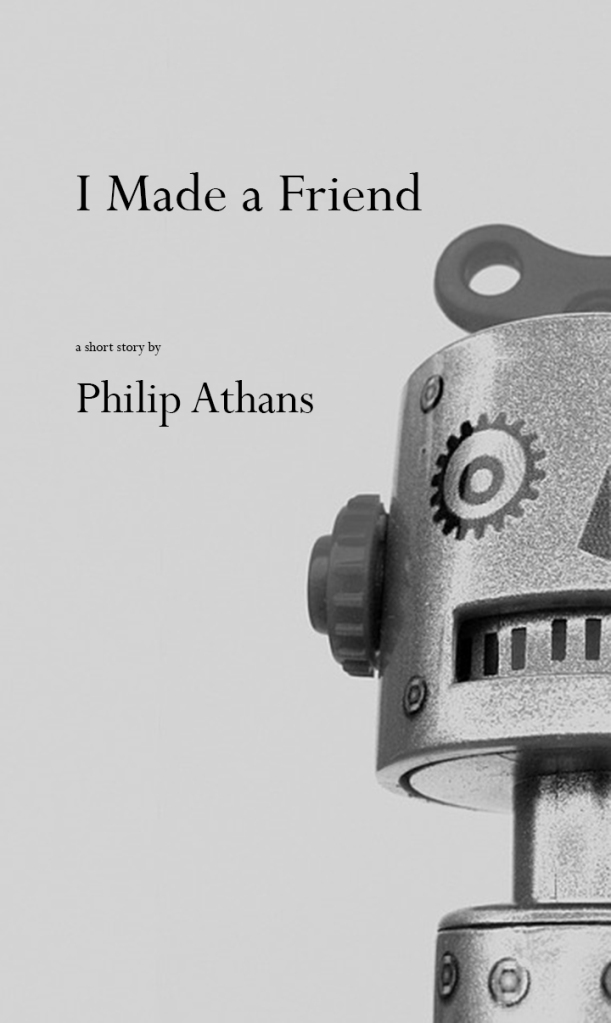