HOW TO ENJOY WRITING

I have been guilty of perpetuating the… myth? feeling? cliché?… that writing is not just difficult but effectively impossible, no one should be encouraged to try it, only mentally ill people are attracted to it in the first place, and if you’re the slightest bit serious about it it will only exacerbate those mental illnesses until it ultimately destroys you.

Y’know… the sort of  stuff that even smart people like Connie Willis said in a Clarkesworld interview:

When I’m on panels with writers who say, “Oh, I just love writing. I just sit down and it flows out like magic,” I always want to slap them.

Or what Steven James said in his book Story Trumps Structure:

The truth is, if you like long hours in solitude, emotional turmoil, constant self-criticism, and bouts of heartrending disappointment, you’ll make a good writer. And if you can actually tell an engaging story, you might just make a great one.

Terrifying, right? But then when I look back at my own writing life, I find that when I’m writing, I’m less depressed, more engaged, and when I’m finished I’m happier, easier to get along with, and in almost all cases it’s really a joy to start, to do, and to complete. And I’m not alone. William S. Burroughs said in an interview with The Review of Contemporary Fiction:

I wrote portions of Baldur’s Gate in Renton, Washington, some in Issaquah, Washington, and… okay… bad example. But you might be thinking, Okay, but Burroughs is famously, if not infamously incomprehensible, known as a disorganized, stream of consciousness writer and all that stuff, but maybe that’s exactly what he can teach us. Still, no one can accuse the brilliant J.G. Ballard of incomprehensibility, but in a Paris Review interview, he seems to indicate he has no more trouble writing than did Burroughs. When asked “So, how do you write, exactly?” he answered:

Actually, there’s no secret. One simply pulls the cork out of the bottle, waits three minutes, and two thousand or more years of Scottish craftsmanship does the rest.

So then Ballard was a drinker and we know Burroughs was a heroin addict… deep breaths. I’m not advising you to hurt yourself with drugs and alcohol. But what can you do that’s safe and healthy to calm yourself down, get the fear out of the way, and just write?

This starts with being honest about what scares you. Is it that you’re somehow “not ready”? This is usually the terror of research at work. But consider the advice of Mark Billingham in his “Ten Tips For Writing Crime Fiction”:

Obviously, there will be stuff you need to know about, but then there’s the temptation to crowbar in everything you’ve found out at the expense of the story. Why not be counter-intuitive and do your research afterward? That way you only find out the things you really need to know and avoid falling into the trap of showing off. You’re writing a novel, not a documentary, so don’t worry about annoying the handful of readers who might actually know this stuff in detail and will take great pleasure in letting you know where you went wrong. We all get the occasional angry letter and they’re fun to read out at events. Truth is not always the same as fact… especially these days.

And this goes for worldbuilding, too. If you think you have to build your world out in such detail that it will anticipate everything you might need to tell this one story, you’re officially doing too much worldbuilding. Keep in mind what Mark Billingham said about being okay with occasionally getting things wrong and who might bitch about it later. Just write, and let future readers, your literary immortality, and other similar bits of, let’s face it, complete nonsense, take care of itself, or not, as the case may be. And if you don’t believe me, how about Bertrand Russell from nothing less than his Nobel Prize acceptance speech:

Vanity is a motive of immense potency. Anyone who has much to do with children knows how they are constantly performing some antic, and saying, “Look at me.” “Look at me” is one of the fundamental desires of the human heart. It can take innumerable forms, from buffoonery to the pursuit of posthumous fame.

If you make people laugh or cry about little black marks on sheets of white paper, what is that but a practical joke? All the great story lines are great practical jokes that people fall for over and over again.

So then, what have we learned about how to enjoy writing? Start with this…

…and you’ll find at least a few ways to write joyfully all your own, if you go ahead and write. 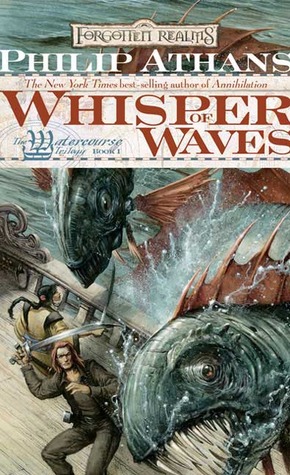 4 Responses to HOW TO ENJOY WRITING