I’m just going to go right into the next part of “Fog” by C. Franklin Miller from the January 1925 issue of Weird Tales we started last week, examining the story through the lens of Lester Dent’s Pulp Paper Master Fiction Plot.

Having introduced our characters and set them off on their expedition to find the living descendants of the dinosaurs, we should, at least according to Lester Dent, be well into the story now by now…

Shovel more grief onto the hero.

C. Franklin Miller has added his own chapter numbers, and though the word/page counts don’t perfectly match up, it’s fair to go ahead and start at “2” on page 118, which begins a year after the initial meeting at the Bachelor’s Club. Has Miller shoveled any grief onto our hero?

This encounter with a terror-stricken Moisell definitely ramps up the action, and adds an air of spooky moodiness to the story, which so far has been rather lighthearted. This is a good lesson in terms of writing entertaining short stories, in general:

This story should have started here.

Lose the whole male bonding opening and begin the story on the steamer, with the demented Moisell, solidly in the first person POV of Hunter. This is all much more interesting, attention-grabbing, and story-rich. Am I right?

Hero, being heroic, struggles, and his struggles lead up to:

Well, I don’t see anyone struggling here, necessarily. It appears that Moisell is about to tell us a terrifying story, and there’s the threat of something on the deck that tried to smother him, but…

…hasn’t actually happened yet. Not only are we missing another physical conflict, we’re still waiting for the first one. C. Franklin Miller is ramping things up… but too slowly!

A surprising plot twist to end the 1500 words.

And there is no surprising twist, either. So far, this looks like a Lester Dent fail, though the story itself, had it started at “2,” is actually pretty good.

NOW: Does second part have suspense? Does the menace grow like a black cloud? Is the hero getting it in the neck? Is the second part logical?

I think this second part does have suspense. For me, suspense comes from an imbalance of information, We (the readers) only know what Hunter knows, which is precious little, while Moisell clearly has had some traumatic experience, and not in some faraway distant past and/or place, but just now on the deck of the ship. What’s out there that he’s so afraid of? The suspense is rising. Likewise, the menace grows as well, for all the same reasons.

But the hero isn’t “getting it in the neck,” he’s trying to figure out what’s wrong with his friend.

As far as logic is concerned—sure. They’re both seasoned travelers and are on the same steamer, and no one has done anything that would seem to break the laws of physics or plausibility. 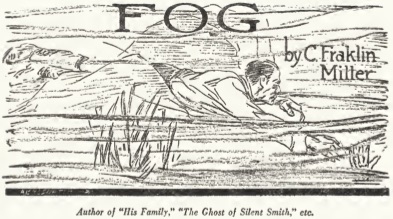 Let’s press on to the…

Where Lester Dent urges us to continue to…

Shovel the grief onto the hero.

It seemed as though, from the first part, that Moisell was the hero, but that clearly switched to Hunter in the second—or, at least, Hunter was the point of view character and maybe I made an incorrect assumption based on that. Now it seems as though we’re going to get the meat of the story told to us by Moisell, reclaiming the role of the hero.

Though purposely evoking some degree of Hero Confusion in your readers can be an effective storytelling tool, where I fear for C. Franklin Miller in this case is that we’re now going to read a story that is told to one character by another character. This was not uncommon in stories from the period (keep in mind, we’re in 1925 now) but I doubt contemporary editors are going to look on this too fondly now. Try it—because anything that works is good—but tread carefully.

As an aside, I’d like to call out how C. Franklin Miller “stages the reveal” of his monster. In my book Writing Monsters, I offered this advice:

Reveal your monsters in three stages [First Encounter, The Growing Threat, and The Tipping Point]. The first and third will be the fastest (using the least number of words) and perhaps most dramatic. The middle section is where you’ll spend time revealing aspects of the monster—what it can do, what it looks, sounds, smells, and feels like—while always increasing the danger to your characters and upping the stakes for your story.

Note that Miller introduces the monster first by the dramatic psychological effect it’s had on Moisell and the traces of gray stuff it’s left behind. When he gets into “The Growing Threat,” he stages the thing in using appeals to senses other that sight. First, smell:

‘‘We had not gone very far in the darkness when I became conscious of a strange, nauseating odor. It grew more obnoxious as we advanced and at times was almost unbearable. I could liken it to nothing I had ever experienced before excepting, possibly, the evil-smelling scum over a sun-baked mud-hole.

Then they see the gray stuff and the body—the effect of the thing. Then we get only a scary sound in the darkness:

“We did—and again came that swishing sound—cumbersome, stealthy, insistent—like some enormous beast stalking its prey. Bonner must have heard it too, for he quickened his pace. But we could not shake it off. It stopped when we stopped, and when we got going again it came swishing out of the darkness with a maddening persistency. It clung to our heels with almost human intelligence—and gained steadily.

Ending with the feeling of it:

I could feel its cold breath on my neck.

Note it has cold, not warm or hot breath like any normal animal would.

Scary! We still can’t see this thing, and being humans, we all tend to rely on sight as our primary sense. But instead C. Franklin Miller has put us in a dark, confined, isolated space, cut off from outside help, and given us ample evidence of something we can’t explain and can’t see, chasing us down. This is a classic monster reveal.

Hero makes some headway, and corners the villain or somebody in:

Miller continues to lag behind Mr. Dent in that no one has made any headway and the hero has been himself cornered by the as yet unseen “villain.” But this all would follow nicely if Miller had started the story with his Chapter 2!

Here we’re actually pretty much in line, if you consider this the end of the third section:

Without reasoning I stopped long enough to empty my rifle into the gloom, and then we stumbled along like drunken men.

A surprising plot twist, in which the hero preferably gets it in the neck bad, to end the third 1500 words.

There isn’t so much a plot twist here as the action following along logically—something else Lester Dent urges us to do.

Does it still have suspense? Is the menace getting blacker? Does the hero find himself in a hell of a fix? Does it all happen logically?

And then we’re left with a string of positive answers. It indeed has suspense—what the hell is this thing and what does it want from us? The menace gets considerably blacker—they’re literally being chased through a cave by an unseen, unknown monster. That also puts them in a hell of a fix, and it’s perfectly in line with the story’s own internal logic.

So far, then, a qualified success!

Let’s see how it all wraps up next week… 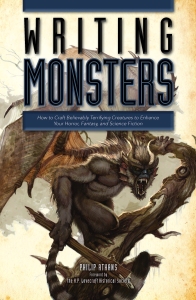