WHAT ARE YOU LISTENING TO?

If you had asked me—pretty much at any time in my life up to the moment, yesterday afternoon, that I had the idea for this post—if I liked instrumental music I would have said no. At least . “No, not particularly.” But you know what? Instrumental music has actually been a pretty solid part of my life, especially my writing life, for a very long time.

Though, much to the whining disapproval of my children, Music Choice’s Light Classical channel tends to be my new go to—it’s great for reading, in particular. But music, depending on my mood, the mood of what I’m working on, whether I’m writing or editing, etc. is sort of a big deal for me. Now it’s all focused on my 9450-song iTunes library while I’m at my desktop computer. But lyrics in music often distract me, and iTunes on shuffle can dig up songs that jar me out of my “flow state” (whatever that actually is) so instrumental music has always been an important part of my writing progress. It’s there—but it doesn’t demand attention like a human voice does.

Here are six instrumental CDs, listed here in no particular order, that have been go to albums for me either for a very long time, or that I’ve only just recently discovered:

Denver-based musician and scientist (yes, scientist—he has a Ph.D. in microbiology) Davol was part of the late-80s “new age” scene, and it was right about that time that I was working in record stores and getting CDs for free. This one found its way to me and though I could never call myself a “new age fan,” and I mean, at all, something about this collection of electronic mood pieces somehow supports my often wandering attention. It’s impossible for me to know how much writing I’ve done over the past twenty-five years or so while this CD was playing in the background, sometimes left on repeat. 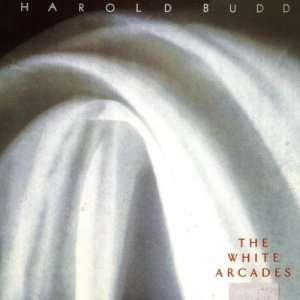 “The White Arcades” by Harold Budd

I ran across Harold Budd because he did an album with my very favorite band of all time, Cocteau Twins, called “The Moon and the Melodies.” On his own, Budd falls comfortably into the “new age” category. In this masterfully chill record, he eschews some of the weirder components of his other albums, which include frankly kinda clunky poetry readings, for tighter, electronic mood pieces that feel like a sort of add-on to Vangelis’s soundtrack to the movie Blade Runner but without Vangelis’s punchier bits that come across as sound effects. It feels almost like a riff on classical music. It has the same pretense, but can’t escape its contemporary sci-fi-ness. 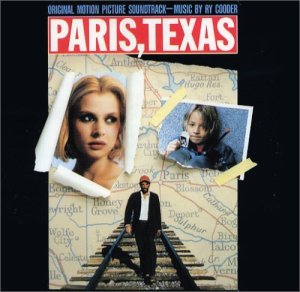 Though there are a couple vocal pieces on this album, including the great Harry Dean Stanton’s extended monologue from the brilliant film by Wim Wenders, I’m including it here because, at least for me, it fills the same sort of background mood purposes of the others. This is, almost entirely, full-on Western twang, but, like the film, more than a bit on the morose side. This is the sad story soundtrack—for me, at least. And more so than Davol’s “Paradox,” a fantastically listenable album in the foreground, too.

“The Shadow of Your Smile” by Friends of Dean Martinez

This is another one that came to me as a promo CD back in my record store days. I’d never heard of this band before, nor have I heard from them since, so let’s Google, ’em… And of course there’s a Wikipedia page. Turns out this is their first album, from 1995, which would make it among the last free promo CDs for me. Like Ry Cooder’s moody steel guitar from “Paris, Texas,” Friends of Dean Martinez are steeped in western twang, though friendlier, more upbeat. Think Chris Isaak’s most cowboyish songs, sans lyrics, and you’ve pretty much got it. I love this album!

It’s become sort of an ongoing joke that every city has a South American folk music band playing on the street somewhere, all the time, but the first time I encountered one was when we first moved to Seattle. There seemed to be at least two, but the one I kept stopping to listen to was Envio—and finally I bought one of their CDs from them on the street outside Pike Place Market. I just love this CD. It’s beautifully recorded, and yes, you will actually learn to love the sound of the pan flute. I promise. But then I doubt you’re going to me able to find it. Google “Ecuadorian folk music” and explore! 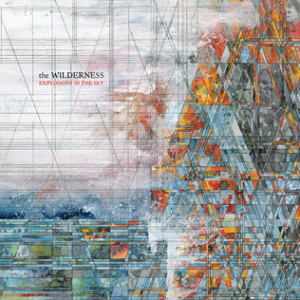 “The Wilderness” by Explosions in the Sky

This one I just ran across last week, and having been released in 2016 it’s by far the most recent of these six. I’ll let Rolling Stone describe this one for me:

Explosions in the Sky songs might not have lyrics but it’s never hard to tell where they’re coming from. The expansive Texas band’s instrumental indie-rock sound-sculpting is wrought from a sense of somber apprehension and drift, of possibility coming into focus or perhaps losing it, or both at once.

So that begs the question: What do you listen to while you write?

7 Responses to WHAT ARE YOU LISTENING TO?