I’m often asked how long a novel should be and I always try to weasel out of answering by saying something like: “It should be as long as it needs to be.”

I’m trying to avoid saying what I personally feel, which is that a novel should be as short as possible. But professionally, I think that’s a safe answer. If you’ve gotten to the end of the story, everybody who’s read it likes it, including you, and you just can’t think of a single thing more to say, then that story is done. If you get there in, say, 25,000 words, congratulations on your novella. If it came out to be 200,000 words, congratulations on your . . . no, well. Hold on a minute. 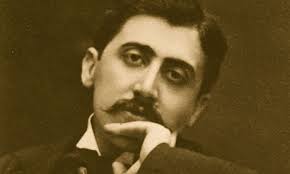 There have been massive uber-tomes that have risen to the top of the fantasy genre. For this, I blame Mr. Tolkien. But does that mean fantasy = impossibly long? I’m happy to admit my personal bias in favor of shorter novels (50,000-80,000 words), but please don’t think this post is some sort of admonishment that if you like really really long fantasy novels you’re wrong or bad or stupid—if you’re reading my blog you couldn’t possibly be any of those things!

I tend not to like really long books. Especially as I ease into my Golden Years. I missed the Wheel of Time series. I can’t start reading that now. I’ll never live to see the end of it.

So yes, I like shorter books, by and large, more than longer books, but can we find some kind of common ground here? Some kind of upper limit?

E-books have made word count largely irrelevant, but a really long book printed on paper is going to be more expensive than a shorter book, and that goes beyond even the cost of paper, printing, and binding but to typesetting, edits, case pack weight (shipping), retail shelf space, and so on.

Set all that aside, though, and let’s get back to what makes a book “better,” from the standpoint of the reader. In a post at AutoCrit Nicholas Sparks wrote:

Books that are too long are the sign of laziness by the writer and also imply an arrogance of sorts, one that essentially says to the reader, “I’m the author here and I know what I’m doing, and if you don’t like it, then that says more about you than me, and we both know which one of us is smarter.” Not so. […] Why are so many books too long these days? Because being efficient is difficult and often time-consuming. It’s a lot harder to capture a character’s personality fully in one, original paragraph, than it is to take a page to do so. But efficiency is one of the characteristics of quality writing. “It was the best of times, it was the worst of times,” is a much stronger opening than taking a paragraph or two to say exactly the same thing.

Oh boy is he right!

When I first started at TSR I was surprised by how regimented they were in terms of word count. With a very few (mostly Weis & Hickman-authored) exceptions, TSR novels were 90,000 words long to fit into a 320-page mass market paperback. If a manuscript went to 100,000 words it was as if the world was coming to an end. A series of meetings would take place as to whether or not we could increase the page count of the finished book from 320 pages to 352 pages and more often than not the answer was no. I once cut 20,000 words out of a novel a few words here, a sentence there, and the author couldn’t tell what I’d cut. But then, y’know, my kung fu is the best.

This kind of surgical edit is what Nicholas Sparks is, I think, advocating. It’s not a question of which subplot to do away with, though think about this: If I ask, “Which subplot can you lose?” and you can answer in less than thirty seconds, cut out that subplot. Sometimes it’s not the writing that’s too complicated but the plot.

The overwhelming length of novels, especially by less experienced authors, almost always—and yes, almost always—comes not from the epic nature of the fantasy but from plain old fashioned over-writing. If you do things like:

. . . which is five words that could be replaced by two:

I understand that not everyone wants to be Ernest Hemingway, and not every author should be known for a super-lean, just-the-facts-ma’am style of writing. And sometimes books really do tell a long, complex story. Some of may favorite books (Dune and Jonathan Strange & Mr. Norrell to name just two) are longer than the average of about 80,000-90,000 words.

Nicholas Sparks said “being efficient is difficult and often time-consuming” and he’s right. But beyond that, writing is always difficult and time-consuming. You need to think about what you’re doing and how you’re doing it. But it’s not always that we aren’t thinking of the reader, or being arrogant in our demands on our readers’ time. Sometimes, just the opposite is true. Sometimes, we don’t give our readers enough credit. We’re worried that if we don’t explain this plot point or that aspect of the setting one more time we’ll lose people.

Sometimes I make lists of important story elements so I can actually remind myself that by this point in the book the reader should know that . . . whatever it is: the captain is really a werewolf, the crystal has lost its magical properties, and so on. Then make sure that that’s been made reasonably clear once.

If you can do that, you might find you’ve trimmed 10% out of your manuscript. If you learn to write in a more direct, less cluttered style, you’ll lose . . . who knows how many extraneous words? And who cares? Again, it’s not about driving to a set word count, it’s about writing just the story you want to tell, not the story you want to tell wrapped in some kind of protective outer covering.