Hmm. After 3:00 pm out here in the Wild Wild West and only just sitting down to write this week’s blog post. Shame on me—sort of.

I wrote a swell post yesterday, but it’s one of those that has to have a certain set of eyes on it and a specific okay before I feel comfortable running it, and I didn’t get that before I had to run off to a lunch meeting, get a haircut, and do some other work. Now it’s after 6:00 back east so that “okay” isn’t likely to appear today.

How about a bunch of random little subjects not worthy of a full-on blog post? (At least, not yet.)

We’re making significant progress on the science fiction, fantasy, and horror offerings from Prologue Books (okay, I’ll admit it, that’s the post I’m waiting for an okay on) and I can at least point out a list of SF and fantasy books that have sort of snuck out into the world under that imprint. There’s some great stuff here, also in no particular order:

A Song in Stone by Walter H. Hunt

Leonie of the Jungle by Joan Conquest

The Status Civilization by Robert Sheckley

A Strange Manuscript Found in a Copper Cylinder by James DeMille

In the Sargasso Sea by Thomas A. Janiver

These are amazing books, starting with one that’s quite new, and a bunch more that firmly reside in “classic” territory. More on what I had to do with all this at a later date. In the meantime, follow those links, buy those books, and enjoy! 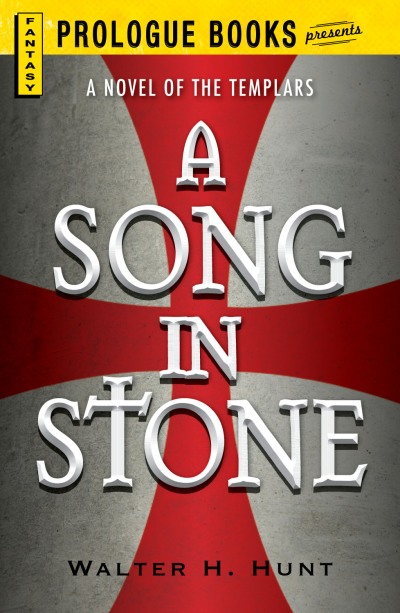 I am currently sitting on the first Fathomless Abyss novella that has actually been completed, and that by J.M. McDermott. I was supposed to finish mine first—it should be for sale now, actually—but excuses excuses excuses and references back to these two relevant posts:

Save the Bullshit Excuses

And anyway, I should have had Joe’s book read and notes sent back to him a week ago, but I got caught up in some must-do projects, consulting work, Emerald City Comicon, and other things that shouldn’t have prevented me from digging into that manuscript, especially since I actually want to read that more than I want to do that other stuff. Well, ECCC was fun. . . .

I will save further bullshit excuses and get on that this afternoon. I promise.

I will also get back to my own novella, Devils of the Endless Deep, and have a finished first draft by May 1, damn it.

It seems like I always have some batch of irons in the fire, and I have lots simmering right now. The list of things I wish I could tell you about is as exciting as it is mammoth, but for now you’ll just have to keep an eye on me on Twitter or at Athans & Associates Creative Consulting . . . or right here at Fantasy Author’s Handbook to watch those click into place. All the times I’m told “No thanks,” or “Not in this lifetime, asshole,” or some variation on that theme, well . . . that’s between me and whoever it was who obviously failed to recognize my genius.

I will be teaching a continuing education class based on The Guide to Writing Fantasy and Science Fiction at Bellevue College here in the greater Puget Sound Region starting in June for the summer term. If you live in the area and want a much, much more hands on and in-depth study of the subject than I’ve been able to manage an hour or so at a time at conventions, keep your eyes on the Bellevue College web site for the soon-to-be-posted summer schedule.

I’m really looking forward to this!

If you’re in Los Angeles, keep a day in October open for me, too. Looks like I will be participating in the Writers Digest Conference there. Very early on that one—details to follow.

I’m going to be at PAX, too, but probably not speaking. Look for me wandering the aisles trying to drum up work.

I’m a featured blogger again over at Gamasutra, where I make the case for why (at least most) video game studios should keep their tie-in fiction in house, like TSR/Wizards of the Coast and Games Workshop (Black Library) have. I’m right. Heed my words!

I got a haircut today.