Author and traveler Alan Dean Foster is responsible for more than a hundred published books and countless short stories since the June 1971 publication of “With Friends Like These . . .” in Analog magazine, and the 1972 publication of his original science fiction novel The Tar-Aiym Krang, the first in his ongoing Commonwealth series. He’s dipped his hands in more than one shared world, writing for Star Wars, Star Trek, and penning a number of movie novelizations including Alien, The Black Hole, Clash of the Titans, Outland, and The Thing all in the period of four years. Now publishing only about a book a year, he’s slowed down just a little, but Alan Dean Foster continues to be among the most prolific and widely-read authors in the genre.

Alan Dean Foster: Fantasy is the literature of the impossible.

Foster: Science fiction is the literature of the possible.

Athans: If you were starting out today, would you self-publish rather than go looking for an agent/editor? (From Eric Swett, via Twitter)

Foster: While the field is changing it’s still better to seek out an agent or a print publisher. For one thing, self-published (and for that matter e-book only) efforts rarely get reviewed.

Athans: I’ve advised authors to think of themselves as “content providers” and not suffer over formats, including e-books. You’ve been published in just about every format there is—does format matter to you?

Foster: No. All that matters to me is telling a good story. The format is no different from the envelope in which a letter (remember those?) is delivered.

Athans: You’ve written more than your fair share of tie-ins and novelizations. How do you approach the necessary research? Do you rely on your editor, other “subject matter experts,” printed sources, or all of the above?

Foster: I always work directly from the most recent screenplay available. If I’m lucky, I will be provided with pre-production artwork and even better, still shots taken on set. Only rarely will I get to see any video or film of the product.

Athans: Chad Akins, also via Twitter, wants to know, “did writing Alien give you the creeps?” Reading your novelization scared the crap out of me, too, even though I read it after I’d seen the movie. Any advice for authors on how to approach a scary scene?

One of the scariest books I’ve ever read.

Foster: I happened to be living alone at the time, in a small apartment. My work desk faced a window that in turn faced an exterior wall, and I found myself continually looking up and out at the darkness as I worked on the book. So yes, it gave me the creeps. Writers are living reflections of whatever they happen to be working on. If the material is humorous, they smile as they type.

Athans: Having been part of the worldbuilding process from both inside (your own original work) and outside (tie-ins and novelizations), if you could give an aspiring SF/fantasy author one piece of advice on the subject of world-building, what would that be?

Foster: Everything is connected. Never forget that. There must be a sound scientific/ecological reason for everything you create. If your aliens have tentacles instead of arms, don’t just use them as arms. Consider the implications of having one instead of the other. Similarly, what are the implications of a colder climate? Hotter? Non-carbon based? Non-monoculture (like Earth . . . tribalism, nationalism, etc.).

Athans: You’ve written more than a hundred books in the last forty years or so—as many as nine published in a single year (1984)—even five as recently as 2009—and the quality of the work has never faltered. Is there a secret to being as prolific as you have been for as long as you’ve been writing? I’m willing to try anything: Push-ups? A vitamin regimen? Time travel? 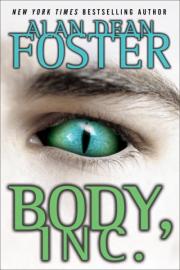 Foster: Discipline. Write every day, even if it’s only one page, even if it’s lousy. The trick is to get from page 1 to page 350. Once you’ve done that, you can go back and fix and revise. Too many people try to make each page perfect as they write it, or worse, wait for “inspiration.” The inspiration will come as you work. Write one page a day, every day, and at the end of the year, if nothing else, you’ll have written a novel.

Athans: What is the principal psychological defect of the successful author of fiction?

Foster: Continually trying to top yourself. If you’ve been successful, you feel that you have to make each successive work better than its predecessor. While this helps to ensure continuous quality of work, it’s patently impossible and places a real strain on the artist. You never find a successful writer who says, “Well, this book isn’t as good as the last two or three, but it’s adequate.” That’s not good enough. Not if you care about what you do.

Athans: Though it may not be germane to a discussion of writing fantasy and science fiction I just have to ask: The bibliography on your website lists an unpublished 1974 novelization for Maude. Is that the Bea Arthur sitcom? I have to know the story behind this one!

Foster: Back in the early 70s publishers were experimenting with novelizations of many forms besides film, TV being one of them. The show Maude did a two-part episode called Maude has an Abortion, which is exactly what it was about. It was highly controversial at the time. Very sensitively written. Ballantine gave several writers, including Terry Southern (author of Candy) a shot at it. Eventually it came ’round to me. My novelization was accepted by Ballantine, but at the end the show’s producers decided against going ahead with a book version. A pity . . . I was very proud of the finished manuscript and thought it made a fine read . . . funny and thoughtful, just like the show itself.

The latest from Alan Dean Foster.

Athans: The recently-released Predators I Have Known is a bit of a departure for you: a memoir of your travels with the real world’s predatory animals. Is this your first book-length work of non-fiction, and if so, why now?

Foster: Yes, first book-length non-fiction. People were after me for years to write a travel book, but I didn’t want to do the usual “Here we are in Rome . . . over here are the Spanish Steps. Now we’ll walk to the Vatican.” That sort of thing. I couldn’t think of an approach that would interest me enough to do such a book. It eventually struck me that everyone likes stories about animals. I’ve been lucky enough to have had some unusual encounters, and that thought is what gave rise to the book.

Athans: Borders is collapsing, many people have bemoaned the death of the midlist author, and though there’s all sorts of positive news about growth in the publishing business in the past couple years, this is definitely a business “in transition.” What do you think about the future of the SF/fantasy author?

Foster: The midlist is definitely an issue . . . for print. For e-books it’s wonderful, as all sorts of material that has been out of print is now becoming permanently available. Excepting the scanning time it costs nothing to put an old book by C.M. Kornbluth or John Wyndham or for that matter S. Fowler Wright up as an e-book. Fans of fantasy and SF will shortly have access to everything in the genre that’s ever been written. Print-on-demand will make hardcopies available to those who want them. So the SF author definitely has a future, but perhaps one that will take more time to become financially viable . . . especially for mid-list writers.

That’s kind of a big question—we’ll leave it at that.